Yogacharini Kalavathi Devi is a dedicated student of Yogamani Kalaimamani Yogacharini Meenakshi Devi Bhavanani and Yogacharya Dr Ananda Bhavanani from the Gitananda Yoga Paramparai of which Dr Ananda is currently the Acharya.In 1999 Kalavathi took the 6 months intensive residential Yoga Teacher Training course at Swami Gitandanda’s ashram, Ananda Ashram, ICYER, in Pondicherry, South India. A huge immersion and absorption into yoga by living it and learning it in the traditional way, the way of the Gurukula in the womb of the Guru. On completion of her training she was given the name Kalavathi Devi (because of her love of the arts) and the title Yogacharini, one who is qualified to teach yoga. Kalavathi has taught yoga classes without a break since her return from her initial training.
With regular trips back to the ashram, Kalavathi is focused on expanding her knowledge, deepening her experience and furthering her training. During her trip in 2010 Kalavathi was awarded the prestigious title ‘Yoga Chemmal’ for her service to Yoga. In 2015 she was attained the Year advanced Teacher Training Certificate which culminated in 3000 hours of training at the ashram and then in 2019 Kalavathi was awarded the title ‘Karma Yoga Shironmani’. Kalavathi has taught regularly at the ashram in many different capacities and in latter years has been one of the teachers for their 6 month teacher training course.
Kalavathi teaches a variety of classes: General yoga classes, pregnancy yoga, pregnancy teacher training, kids yoga, baby yoga, corporate yoga, one to one private sessions, yoga therapy, mantra, philosophy and more. Kalavathi teaches a yearly Yoga foundation course and Yoga teacher training, both are run in association with Yogacharya Dr Ananda Bhavanani, son of Swami Gitananda, in India. Kalavathi has taught a lot in the community where she works with people with breathing and health problems. Much of this has been offered for free to encourage those from disadvantaged backgrounds to learn how to breathe and to improve their own health and well-being.
Kalavathi has run numerous Yoga retreats and holidays both in the UK and Internationally with regular trips to the ashram in India for her students. She has taught and given demonstrations at the 2005 and 2006 &2008 ‘Yoga Show’ in its early years at Olympia in London. Kalavathi is the director of both Yoga Wales and the Gitananda Yoga Society for the UK, and is the main contact in the UK for Dr Ananda and Gitananda Yoga.
Kalavathi lives in Cardiff where she runs her own Yoga Studio: Om Studio. This space she has created from her love of Yoga and her love for its traditional background. It is a light and airy space dedicated to Yoga. With her artwork on the wall in the form of a mandala and the use of the amazing acoustics of the room for chanting, she has brought together some of her life’s loves with her yoga. All of these can be experienced at Om Studio. 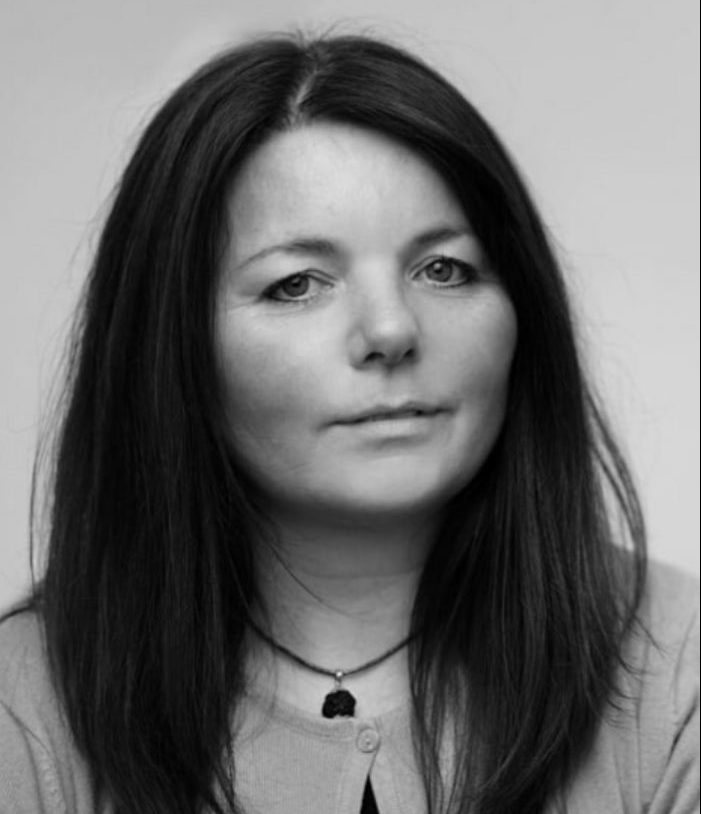